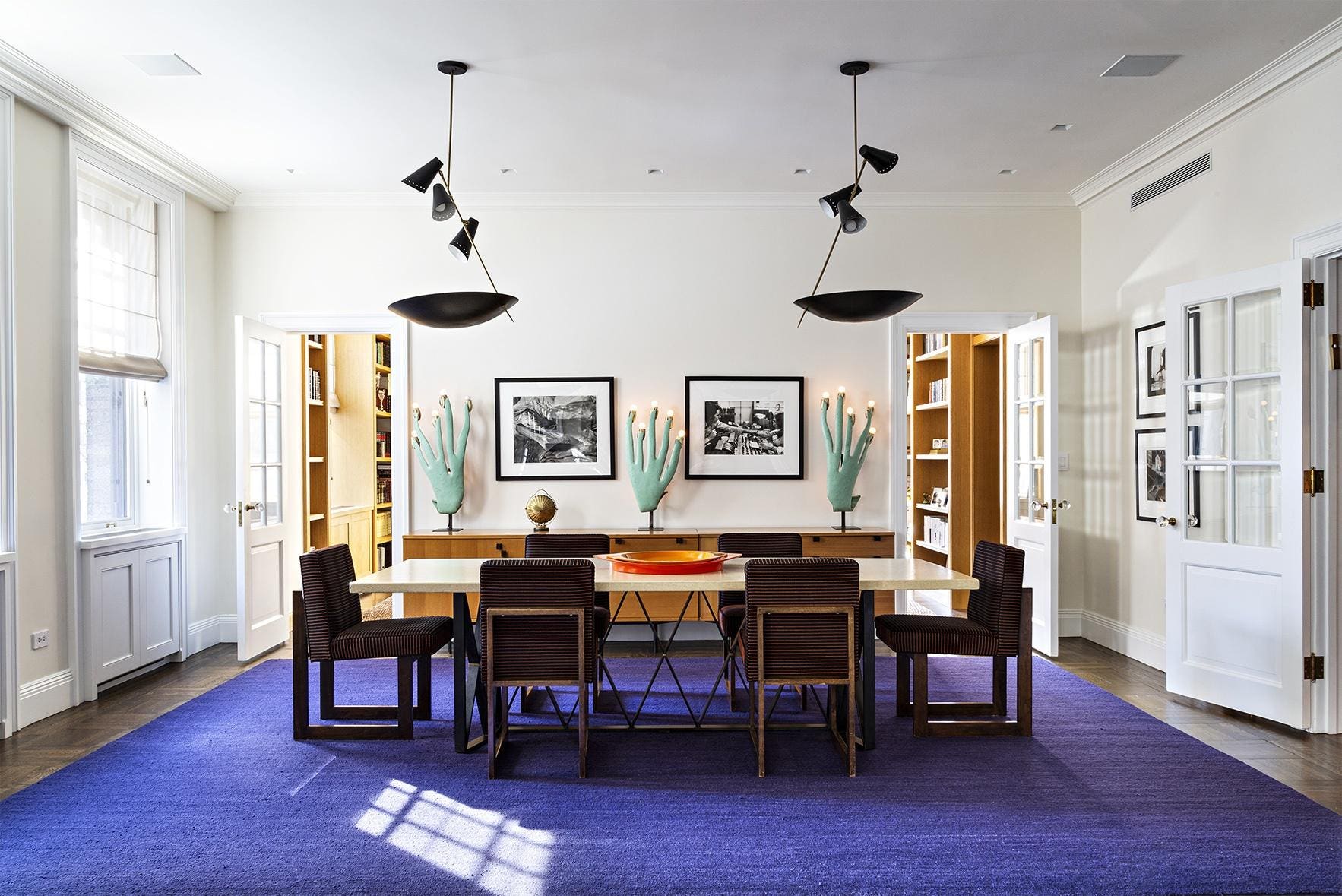 Among the most revered interior designers globally, Grange is known for tying together traditional and contemporary elements. In addition to New York hotel projects such as The Mark and Barbizon 63, Grange’s residential client list includes actress Isabelle Adjani, fashion icon Valentino and Princess Caroline of Monaco, among others.

Grange’s eye for detail is on display throughout the third-floor apartment, which hit the market last week for $12 million. The front-corner layout features high ceilings and gallery walls that play up the colorful accent pieces. Handsome wood floors run throughout the residence, furthering the link between old and new.

The 11-room spread features a formal gallery with French doors that open to the common areas, according to the listing with Wendy Greenbaum of Warburg Realty. A wood-burning fireplace anchors the living room, while sets of oversized windows center on views of Park Avenue. Bi-folding doors connect the living and dining rooms and allow for extra space when entertaining. A corner library with built-in bookshelves and a powder room sits off the dining room.

A private hallway leads to a south-facing wing with four bedrooms, including a primary suite with a dressing room and marble bath. A chef’s kitchen, a breakfast room and staff quarters complete the floorplan.

The building, which dates to the early 1900s, was designed by Emery Roth, the architect credited with designing numerous New York City residential landmarks such as the San Remo and Eldorado buildings. In the early 2000s, it was popularized in the New York Times bestseller The Nanny Diaries, which was later adapted into a film starring Scarlett Johansson and Paul Giamatti.

The market for co-op properties on Manhattan’s Upper East Side has been active through the early part of 2021. As of the third week of March, there are more than twice the number of pending co-op sales (243) on the Upper East Side than a year ago at the onset of the pandemic, an increase of 65.3% year-over-year, according to real estate data provider UrbanDigs.

In terms of new supply, new inventory was up significantly from the previous month (49.2%), while overall co-op supply improved 17.6% when compared with the same month the previous year. In February, the median sale price of $1,098,750 showed little change year-over-year (down 0.1%) but marked a 20.9% improvement from the same period in January.

Warburg Realty is an exclusive member of Forbes Global Properties, a consumer marketplace and membership network of elite brokerages selling the world’s most luxurious homes.